Employees’ State Insurance or ESI is the insurance which provides medical care to industrial workers and other employees. You can use this insurance in case of sickness, maternity, injury and other medical-related matters.

ESI wage ceiling for the past 20 years 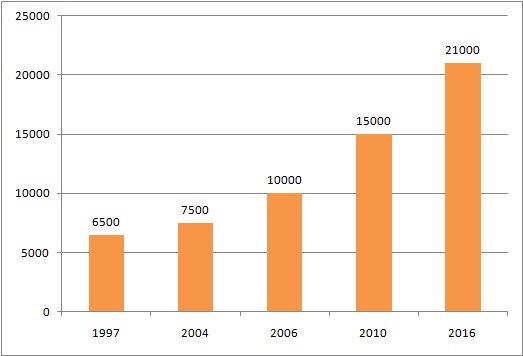 Impact of increase in the ESI wage ceiling

With the rise in the wage threshold, about 3.5 million employees will now fall under the ESI Act. From a company’s perspective, we see that the impact of this change is a financial one.

P. S: For users of our Saral PayPack Software, we have updated the ESI rates to the latest ceiling. Please ensure you are using the more recent version of the software.

If you are not a user, you can try our software for free. Do check it out.

Image made with the help of icons from Freepik, licensed under CC 3.0 BY

46 thoughts on “The new ESI wage ceiling – Applicability and Impact”